No Need To Be Anxious 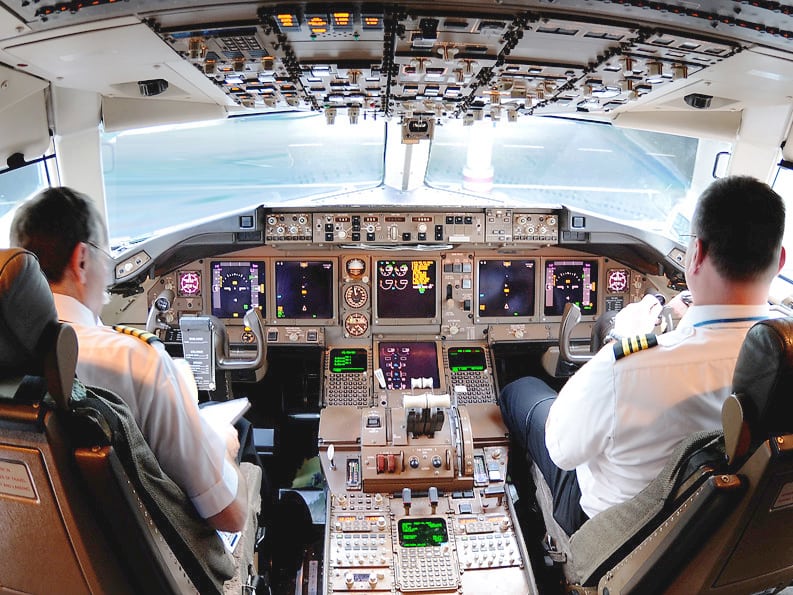 22 Jun No Need To Be Anxious

Posted at 08:00h in Blog by Office WCB Account

Before he retired my husband Billy was an Air Traffic Controller and had gained his private pilot’s licence early in his career.  This meant that aeroplanes and flying were very much part of our lives. I have to say though that each time I got on a plane it exercised my faith in the competence of the pilot and co-pilot and in the maintenance crew.

Before 9/11 happened we would occasionally be allowed to sit in the flight deck of the aeroplane and that was always a great experience. I was always surprised at how quiet and peaceful it was. None of the frenetic activity in the cabin where meals were being served, trays collected and duty free goods were being sold. A constant buzz of noise and movement. On the flight deck I could almost forget that there were others on the plane – just us and the pilots!! Because the engines were behind us there were none of those anxious moments when I would be aware of a change in the engine noise and in spite of Billy’s reassurances there was always the thought that something awful was about to happen!! Sitting on the flight deck that anxiety was dispelled as you saw the pilots confidently at the controls.

The best bit was always as we approached the airport for the landing. I could hear the voice of the air traffic controller on the ground giving the pilot the instructions for the final approach. The runway could be seen clearly and it seemed like the easiest thing in the world to land the plane. Everything was calm and controlled and certainly gave me the confidence that the landing would be fine.

I think life can be sometimes like flying in a plane. There are so many things we think can go wrong in our lives and because we can’t see or understand what is happening we anticipate all sorts of disasters and often are anxious and worry unnecessarily.

The Bible has many references to anxiety. Here are only two of many which I have always found helpful.

Jesus told us not to be anxious but to trust in Him for His guidance and direction for our lives.

Sitting in the quietness of the flight deck and seeing and hearing the pilots and air traffic controller doing their job gave me the confidence to fly. We have this enforced time out from the busyness of our usually quite hectic lives so why not use it to take time to be quiet in God’s presence. This could help us to be less anxious and realise afresh that it is God who is in control of our lives. And knowing that we can relax and believe that the landing will be a good one.