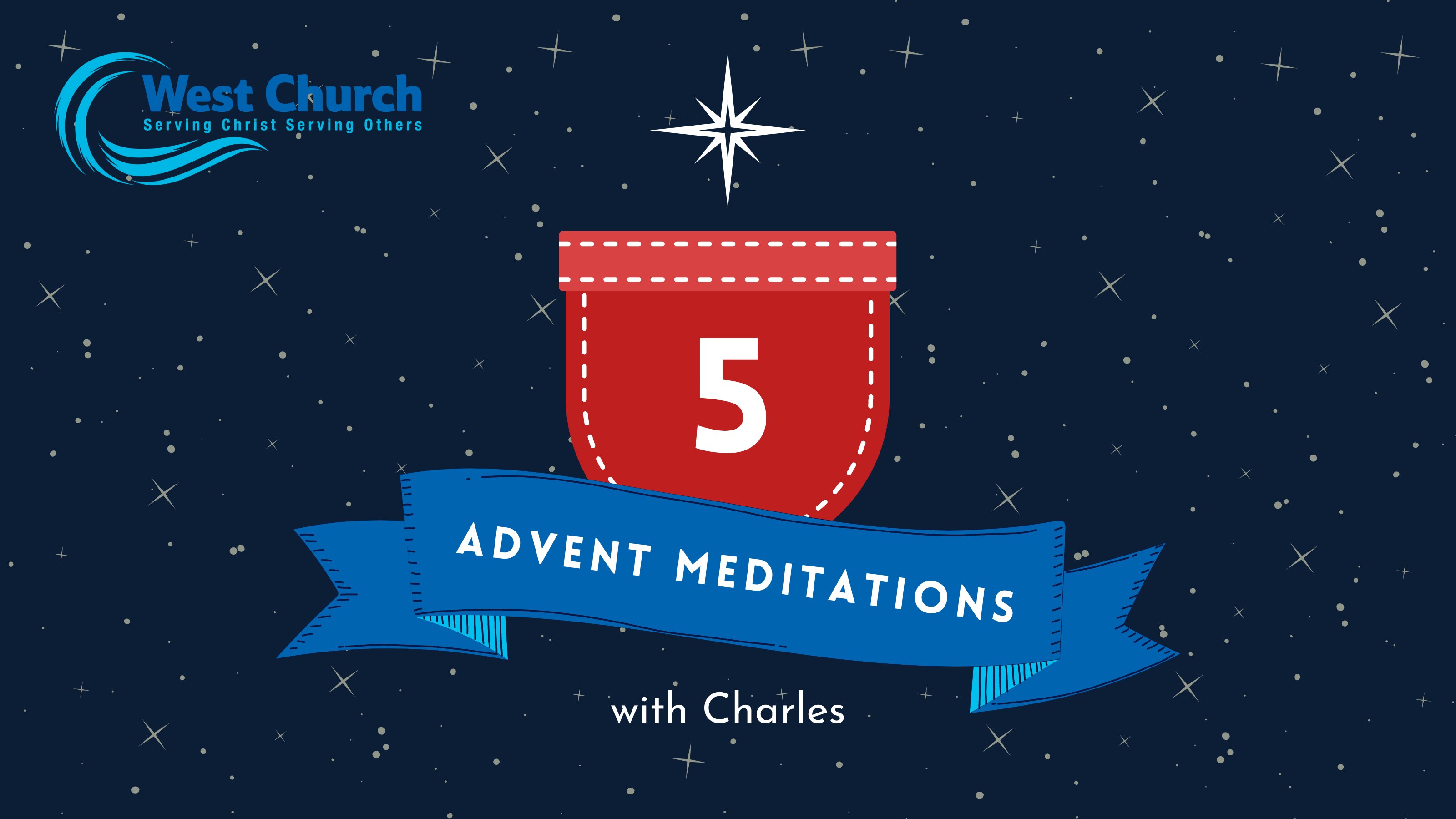 5 December –Sixes and Sevens
(Revelation 5: 11 – 6: 8; Revelation 7:9 – 17)
Have you ever been at sixes and sevens? I reckon I’ve been in a bit of a muddle and a mess many times myself. Befuddled, but grateful still to be functioning, or just about! Unable to remember what I ate for breakfast, but to tell you clearly what I was doing forty years ago. The phrase itself dates back to the 1300s, referring to a dice game where throwing on a six or seven meant risking one’s entire fortune.

In the final book of the Bible, sixes have to do with shortcoming and sin, whereas sevens describe perfection and wholeness. It’s part of a cosmic battle raging between these two worlds, but if you ever need a sneak preview about how everything turns out in the end, then listen to these words: “There will be no more death or mourning or dying or pain, for the old order has passed away.”  In fact, it couldn’t turn out any better!

Revelation is full of numbers as everything fits together and falls into place. I’ve recently been intrigued by mention of the four horses of the Apocalypse as a commentary on all that has happened this year.

At the beginning of Revelation 6, we encounter the white horse which represents aggression and warmongering. Sadly, rider and stallion are never unemployed, never at rest, as endless war and terror stalk the nations. We never seem to learn the lesson that an eye for an eye makes everyone blind!  The rider on the fiery red horse shatters peace and brings endless strife. Again we live in a world where brother fights against brother, neighbour against neighbour, city against city and kingdom against kingdom. There are so many ongoing divisions throughout the world reflected in the fractious nature of our politics, or even our ability to keep shouting the other person down without listening.

The rider of the black horse carries meagre rations of wheat and barley for the poor as well as an abundance of oil and red wine for the rich.  The basics are unavailable, but the luxuries are in abundance. It’s a picture of endless greed and selfishness.  We live in a society where we have so much that we do not really need and very little of what we do need. The final horse is pale and its rider is death. It brings quite literally in its wake not only famine but also plague. In this year of pandemic lockdown, surging statistics in care homes, a health service stretched to its limits and social isolation, we have encountered this cruel rider on his deathly pale stallion.

Revelation 6 is not necessarily a good place for you to open your Bible, but be assured that it is surrounded on either side by chapters full of praise. In other words, evil is contained! And the songs are about a slaughtered Lamb who has conquered sin and death, who is alive and reigns. He is worthy to receive praise, because he has atoned for the evil of the world and restores the relationship between God and humankind. He has paid the price of our sin so that we can be forgiven and set free.

Are you at sixes and sevens? Remember today that all the mixed up, broken and hurting pieces of life – I dare say that includes you and me – “get properly fixed and now fit together in vibrant harmonies, all because of his death, his blood that shed down from the Cross” (The Message). In this world a seven is very definitely higher than a six and it’s not even a question of throwing a dice. It’s about trusting in Jesus Christ, and being able to sing his praise, even at the end of such a difficult year.

PRAYER:
‘Worthy is the Lamb who was slain, to receive power and wealth and wisdom and strength and honour and glory and praise. We can sing. We can have hope even during such dark times. All because of Jesus. Amen